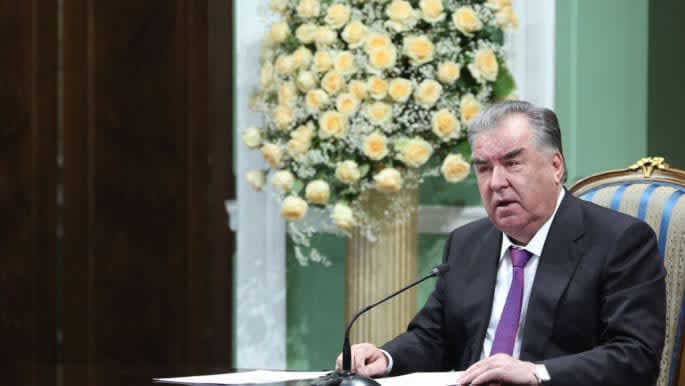 8 months ago Comments Off on Tajikistan: Five killed in ‘anti-terror’ operation in east

Published by Al-Araby Tajikistan’s authoritarian government said that five people had been killed on Tuesday in an “anti-terror operation” in a troubled region bordering Afghanistan and China. The five “members of an organised criminal and terrorist group were neutralised” after “armed resistance”, the state information service said, citing the interior ministry. The statement said that Read More

8 months ago tngadmin Comments Off on Fraudulent extortion

On May 30, 2022 at the initiative of the Consulate General of the Republic of Tajikistan in Almaty with the participation of Tajik communities and compatriots living abroad a meeting dedicated to the 30th anniversary of the XVI Session of the Supreme C... Read More

The Tajik MFA information department meeting just said that the meeting took place in Bishkek from May 25 to from May 30. The meeting was reportedly held in an atmosphere of friendship and mutual understanding. The next meeting of the topographic worki... Read More

MINISTER KALLAS BRIEFS AOUN ON DECISIONS OF ARAB MINISTERS OF YOUTH AND SPORTS CONFERENCE, ADOPTION OF BEIRUT AS CAPITAL OF ARAB YOUTH 2022

8 months ago tngadmin Comments Off on MINISTER KALLAS BRIEFS AOUN ON DECISIONS OF ARAB MINISTERS OF YOUTH AND SPORTS CONFERENCE, ADOPTION OF BEIRUT AS CAPITAL OF ARAB YOUTH 2022

President of the Republic, General Michel Aoun, asserted that “Lebanon will keep pace with the aspirations of the youth and the decisions of the Conference of Arab Youth Sports Ministers and will provide all support for the success of the celebration o... Read More

According to the press center of the Ministry of Internal Affairs of the Republic of Tajikistan, on May 31, 2022, at 09:30 am as a result of anti-terrorist operation in the highlands of Derzud village of Rushan district Pochoev Alisher Safarmamadovich,... Read More

On May 31, 2022 the Minister of Foreign Affairs of the Republic of Tajikistan Sirodjidin Muhriddin received the US Special Representative for Afghanistan Thomas Westro.The situation in Afghanistan, the fight against international terrorism and extremis... Read More

On May 31, 2022 at 09:30 am, as a result of an anti-terrorist operation in the highlands of Derzud village of Rushon district, members of an organized criminal and terrorist group Gulomhaydarov Yodgor Mamadbekovich, born in 1974, resident of Derzud vil... Read More