Ambassador of India Viraj Singh: We Saw the Whole World at the Tajik State Institute of Languages

2 months ago tngadmin Comments Off on Ambassador of India Viraj Singh: We Saw the Whole World at the Tajik State Institute of Languages

The festival was attended by the Rector of the Institute Zhilo Gulnazarzoda, Chairman of the Committee for Language and Terminology Olimjon Muhammadjonzoda, Ambassador of the Republic of Korea to Tajikistan Kwon Dong Seok, Ambassador of India to Tajikistan Viraj Singh, and First Secretary of the Russian Embassy in Tajikistan Igor Burulko.

“We are proud that today the ancient Tajik holiday Navruz has officially acquired a worldwide status and plays a significant role in strengthening friendship and unity of the people of the world, mutual understanding, and improving cultural ties between people,” Gulnazarzoda said.

The guests also visited special corners of the faculties, where the traditions of Navruz, national costumes, seasonal dishes, national achievements, decorations of folk crafts of the Tajik nation and other people were presented. They expressed their delight with the high culture of the Tajik people, as well as the fact that the students expressed their thoughts and read poems in several foreign languages.

The cultural part of the festival began with the arrival of the Princess of Navruz and Farmer, congratulations of students in the languages taught (Tajik, Russian, English, German, French, Chinese, Korean, Japanese, Arabic), then proceeded to the presention of the rites of Navruz.

The audience also heard songs in Tajik and foreign languages. 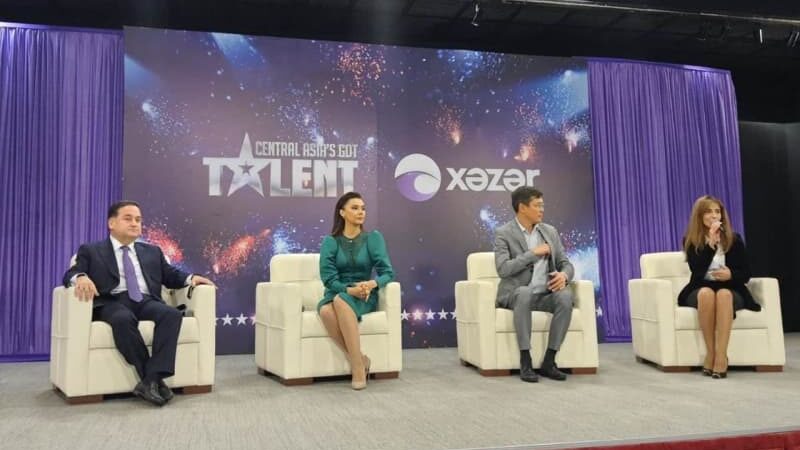 Published by Azer News By Laman Ismayilova Azerbaijan will take part in the Central Asia’s Got Talent for the first time. Kharaz Media Center, the competition’s partner in Azerbaijan... Read More

The fourth joint session of Majlisi milli and Majlisi namoyandagon Majlisi Oli of the Republic of Tajikistan fifth convocation will be held on December 22 here in Dushanbe. It... Read More

DUSHANBE-The Founder of Peace and National Unity � Leader of the Nation, President of the Republic of Tajikistan issued an executive order appointing Haqdod Mahmadsharif Ambassador Extraordinary and Plenipotentiary... Read More

Tajikistan is demanding that Russia conduct a painstaking probe and impose "severe punishment" on the killer of a five-year-old Tajik girl authorities say was raped and stabbed to death... Read More