An English football first followed as the ABBA penalty shootout was deployed and Arsenal prevailed 4-1 to extend their winning record at Wembley to nine straight games, including two in penalty shootouts.

The ABBA system is based on the format used in tennis tie-breaks, with the team taking the first kick in each pair of kicks alternating.

Chelsea goalkeeper Courtois took the second kick of the shootout, seeking to equalise, and blasted over before Morata fired wide.

That gave Arsenal the initiative and Alex Oxlade-Chamberlain scored before Olivier Giroud netted the decisive penalty.

Arsenal celebrated and Chelsea looked on, just as they had done in May when the Gunners beat them in the FA Cup final but it had been an even contest after 90 minutes.

Victor Moses' strike soon into the second half was cancelled out by Sead Kolasinac's header eight minutes from time. Both benefited from defensive lapses.

The Gunners' equaliser came moments after Pedro was sent off for a tackle from behind on Mohamed Elneny and was no less than Arsenal deserved after Alexandre Lacazette hit the post in the first half.

Arsenal's record signing Lacazette was the only new signing in the starting line-ups, with focus on those absent as much as those playing.

Arsenal's Alexis Sanchez was present as a spectator, as was Chelsea's Eden Hazard, but Diego Costa, for three campaigns Arsenal's tormentor-in-chief in this fixture, remains in exile.

Conte's switch to a 3-4-3 formation during last September's Premier League loss at Arsenal prompted a 13-match winning run, but here Chelsea's defence was stretched by the Gunners' pacey three-pronged attack.

Alex Iwobi's direct running twice forced Courtois to be alert, while Danny Welbeck headed at the goalkeeper, who was beaten by Lacazette only for the striker to see the ball rebound off the post.

Per Mertesacker had to go off after 30 minutes, struck by Gary Cahill's flailing arm in the Arsenal box. On came another of Arsenal's summer signings, Kolasinac.

Chelsea's first attempt of note came on the counter-attack as Pedro � wearing a face mask following the facial injury sustained between the teams in last month's friendly in Beijing � stretched the Gunners. Petr Cech was equal to his shot.

Willian was booked for simulation in the Arsenal box late in the half as the sides cancelled one another out.

Chelsea took the lead within moments of the restart. Granit Xhaka sent Cesc Fabregas' corner looping into the air and Cahill met the ball on the edge of the area.

Cahill headed the ball into the box and Moses was lurking. He took one touch on his chest and then slipped the ball in.

He finished well before celebrating with a dive � a reference to his sending-off in the FA Cup final which will see him miss Saturday's Premier League opener with Burnley through suspension.

Elneny drew a good save from Courtois with a swerving effort from the right wing shortly before the hour mark as Arsenal pushed for an equaliser.

Courtois was called into action again, saving excellently at full stretch to deny a fierce long-range effort from Granit Xhaka.

Pedro was sent off after catching Elneny and Arsenal scored from the resulting free kick, Kolasinac heading in unmarked from Xhaka's kick.

Morata wasted a late chance to win it before the match went to penalties and Arsenal extended their winning record at Wembley.

UCA: Adapting to distance learning in the age of COVID-19

When the COVID-19 pandemic hit, many schools closed and distance learning became a necessity.  The University of Central Asia (UCA)’s Education Improvement Program (EIP) had to respond quickly, according... Read More

The Ministry of Foreign Affairs of the Republic of Tajikistan informs that a new electronic system of visa processing and issuance for foreign nationals and stateless persons will be... Read More 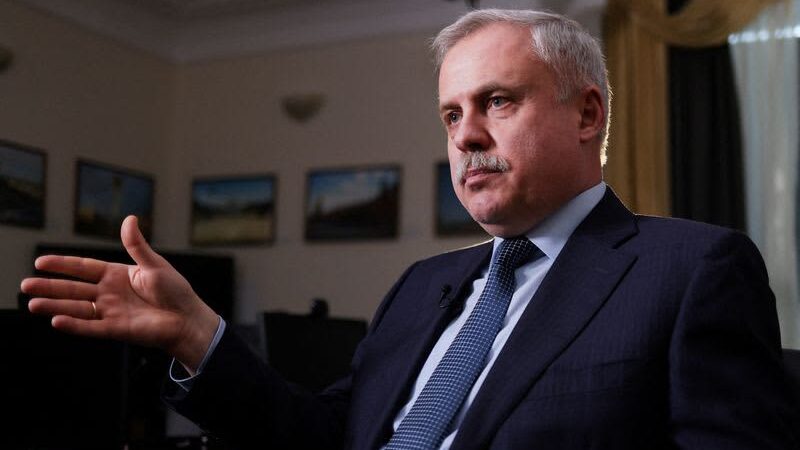 Exclusive: Post-Soviet military bloc says it could send peacekeepers to Donbass if needed

Published by Reuters By Andrew Osborn MOSCOW (Reuters) – The head of a Russia-dominated military alliance that is sometimes called Moscow’s answer to NATO has said his organisation could... Read More

According to him, the postponement of the presidential address to the parliament to a later date is connected with the fact that the next final meeting of the government... Read More