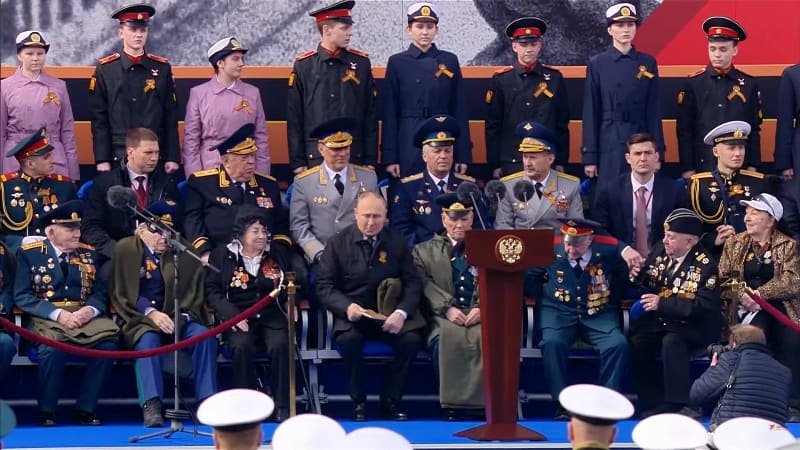 Russian President Vladimir Putin at the Victory day military parade. Moscow, Red Square, May 9, 2022. Screenshot from the Афиша Москвы YouTube channel. Fair use. On April 24, 2022, Tigran Keosayan, a television host and one of the most prominent faces of the Kremlin’s propaganda machine,released a video calling the Kazakhs “cunning-asses” (хитрожопые) for “canceling” the Victory Day parade, threatening Kazakhstan and other former-Soviet states with a Ukraine-like scenario. Keosayan, along with his wife Margarita Simonyan, the head of Russia’s state-owned conglomerate RT (formerly Russia Today)…

Rector of RTSU: Students Who Could Not Return to Their Homeland Provided with Housing and Food

DUSHANBE,  All students who were unable to return to their homeland during the summer holiday were provided with housing and food. This was stated today by the Rector of... Read More

First sessions of newly elected legislatures (Majlises) will take place in Dushanbe and Khujand, the capital of the northern province of Sughd, tomorrow.“The sessions will endorse powers of... Read More

Why there is a problem with access to safe drinking water in Tajikistan?

Sixty percent of all the water resources in Central Asia forms in Tajikistan, however, the half of its population faces many problems related to the access to safe drinking... Read More

In autostealings suspected 19-year-old resident of the Rasht district

The DMIA of the Rasht region received a complaint from 22-year-old local resident that on 23.11.2016, at about 14:50 the day unknown person stole his car "Mercedes-Benz" which was... Read More