DUSHANBE, 07.08.2017. /NIAT Khovar/. US President Donald Trump and his South Korean counterpart Moon Jae-in during a telephone conversation on Sunday agreed that North Korea poses a serious threat to most countries in the world, TASS reports citing a statement of White House press service.

The two leaders affirmed that North Korea poses a grave and growing direct threat to the United States, South Korea, and Japan, as well as to most countries around the world, the White House said.

The leaders committed to fully implement all relevant resolutions and to urge the international community to do so as well.

Trump also reported about the phone talks on his Twitter page.

Just completed call with President Moon of South Korea. Very happy and impressed with 15-0 United Nations vote on North Korea sanctions, he tweeted. He did not elaborate of the position of the South Korean leader.

On August 6, the UN Security Council's 15 members, including Russia and China, unanimously backed fresh sanctions against North Korea over the country's recent missile tests. Resolution 2371 bans North Korean exports of minerals and other raw materials and goods, including coal, iron, lead and seafood. The resolution envisions restrictions against 13 individuals and companies linked to Pyongyang's nuclear and missile programs.

The resolution also bans establishment of new joint ventures (JVs) with North Korea as well as additional investments in existing joint ventures. In addition, according to the document, the countries that employ North Korean workers are not allowed to increase their number. The document also obliges the states not to let the vessels that were caught by the UN Security Council's special committee in violation of the sanctions regime, enter their ports, except for cases of emergency.

Earlier Reuters reported that, according to the calculations of the US, full implementation of the new restrictions will cut Pyongyang's annual foreign exchange earnings to $1 bln from current $3 bln.

According to CAB, the poll was conducted over the phone from December 9 through December 17 with a national sample of 1000 respondents of voting age (18+).   The... Read More

The securities auction of the National Bank of Tajikistan on issue ?202007007 was held on January 22, 2020 and its results as following: 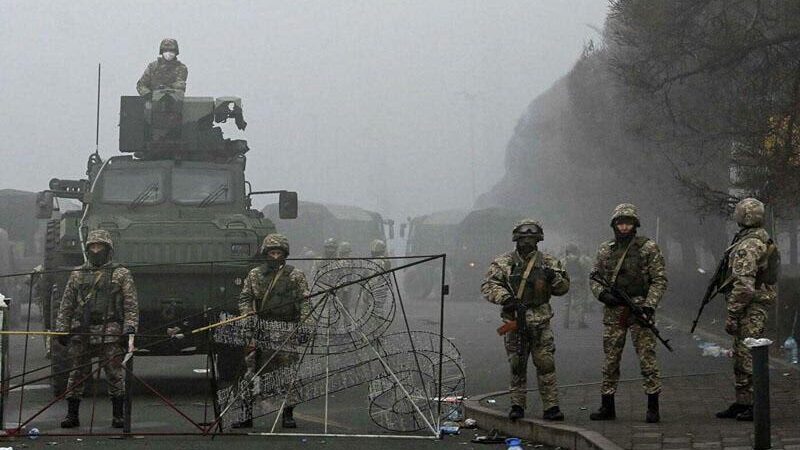 Published by Azer News By Trend Protests, which began due to the rise in fuel prices, continue in Kazakhstan since January 2,Trend reports. The protests gradually escalated into riots,... Read More

A 46-year-old resident of Lakhsh district filed a complaint with the DMIA that on December 7, 2021, at approximately 11:00 am, unknown individuals secretly stole three head of cattle... Read More