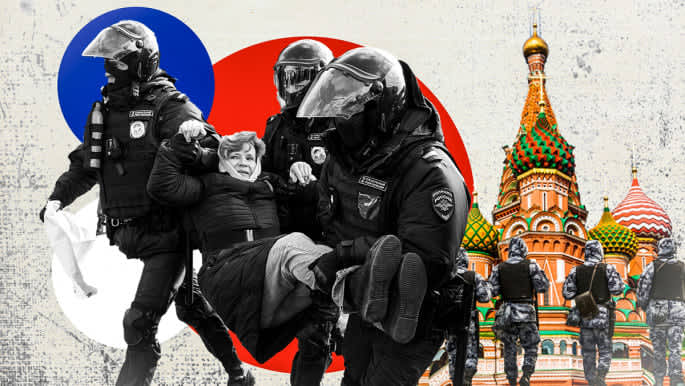 As Russian tanks circle Ukraine’s capital city of Kyiv, the world is watching in horror as bombs turn buildings to rubble and Ukrainians flee to neighbouring countries. Immediately as the invasion began anti-war protesters in Russia flocked onto the streets of Moscow, St Petersburg and other major cities across the country in defiance of President Vladimir Putin’s actions, risking arrest and violence by the Russian police to make their opposition to the invasion heard. It is not just the Ukrainian people who live in fear of the iron fist of the Kremlin. A brutal crackdown against anti-war prot…

DUSHANBE — Tajik police have used firearms to break up a rare protest by Chinese workers employed by the Tajik-Chinese Mining Company in the northern region of Sughd. Interior Ministry officials... Read More

TASHKENT, The Asian Development Bank's (ADB) Board of Directors has approved $198 million in additional financing to scale up its support in enhancing horticulture value chain development in all... Read More

PRESIDENT OF TAJIKISTAN IN VENA. The Draft Draft Concept for the Center for Drug Control of the Shanghai Cooperation Organization is being developed in Dushanbe

The next meeting of the OSCE Security Forum was held in Vienna. According to the Ministry of Foreign Affairs J. apt Republic Mr. dated to NIAT reported in this... Read More

A 27 year old resident of the northern Sughd province was not allowed moving abroad in connection with the upcoming spring conscription campaign. Border guards said there was an... Read More