Why there is a problem with access to safe drinking water in Tajikistan?

2 years ago Web Desk Comments Off on Why there is a problem with access to safe drinking water in Tajikistan?

Sixty percent of all the water resources in Central Asia forms in Tajikistan, however, the half of its population faces many problems related to the access to safe drinking water, says Central Asian Bureau for Analytical Reporting (CABAR).

From the whole volume of natural stocks of water Tajikistan reportedly uses only 17-20%.

CABAR notes that a vast number of normative legal acts, including 15 programs, action plans and strategies for provision of drinkable water for population were designed and implemented on different stages with some of them being in a process of actual realization. Given all the efforts, provision of safe drinking water for population, however, remains among country’s most important issues.

For today only 51.4% of Tajikistan’s population has an access to safe drinking water and good sanitary conditions. This group includes 86.9% of country’s urban population, 61.5% of municipal residents and 43.4% of those who live in rural areas. The remaining 49.6% of Tajikistan’s citizens are in acute risk of not having an access to drinkable water or using sanitarily and hygienically unsafe water.

The situation with access to safe drinking water in rural areas of Tajikistan is even more problematic. The number of rural population that are exposed to water shortage is two times bigger than in large cities.

In particular, districts of Jaihun, Qubodiyon, Nosir-Khusrav, Vose, Abdurahmoni-Jomi, Shahritousand and Vakhsh in Khatlon province as well as Konibodom and Panjakent districts in Sughd province are of the most concern. Population in these regions usually attempt to collect water from ground sources water, which is not necessarily safe. Such situation increases the risk of typhoid fever, diarrhea, cholera and bloody flux among those who use such sources of water.

A similar pattern can be observed in the districts subordinate to the center and the Gorno-Badakhshan Autonomous Region (GBAO). GBAO governor Yodgor Faizov stated that even the half population of region center, Khorog, have problems with an access to safe drinking water.

Those who do not have a proper access to water reportedly fall back on other ways. Some people buy water from water tank that are brought by trucks to villages and towns lacking safe drinking water. As a rule, a price for one water bearer may fluctuate between 80 and 150 somoni depending on volumes and delivery distance.

Others try to fill up their water stocks from distant wells and other water sources using carts moved by horses or donkeys to transport the collected water.

In cities, access to drinkable water is also far from perfect. For example, in Dushanbe the majority of multistory buildings water supply is cut off from 11 pm. In dormitories, water is provided only within 2-3 hours twice a day.

According to the article, the factors impeding water supplies for the population include rapid population growth, natural disasters and urbanization, and ineffective use of water. 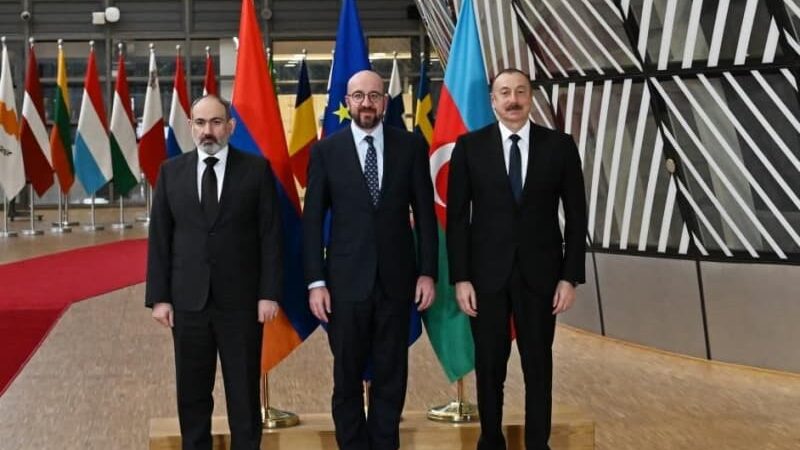 Published by Azer News By Vugar Khalilov The Azerbaijani and Armenian leaders are slated to meet inBrussels again on May 22 to think over ways of overcoming animpasse and... Read More

With Tajikistan facing one of its harshest winters in recent years, forest rangers in southern Khatlon Province are working overtime to save trees."Winter came early to Tajikistan this time,... Read More

Dushanbe – A batch of food aid – 948.5 mt of fortified wheat flour – procured with funding from the Russian Federation, has arrived in Tajikistan. The food will... Read More

Chinese builders will start construction of new buildings for parliament and government in Dushanbe in the near future, Jamshed Ahmadzoda, the head of the Committee for Architecture and Construction... Read More