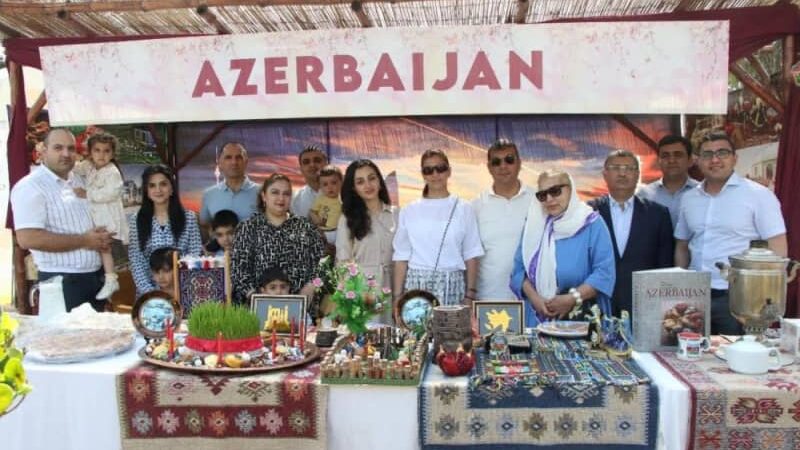 By Laman Ismayilova The Azerbaijani Embassy in Pakistan has taken part in the spring festival held in Pakistan. Along with the Azerbaijani embassy, the embassies of other countries celebrating Novruz – Turkey, Iran, Kazakhstan, Kyrgyzstan, Tajikistan and Uzbekistan took part in the festivity. Foreign ambassadors, diplomats, members of the public and the media attended the event The Azerbaijani Embassy presented Azerbaijan’s culture, national and spiritual values, as well as national cuisine. Numerous photos and visual materials on the country’s tourism potential were demonstrated as part of th…

Published by TDPel Media The UN Committee on Economic, Social and Cultural Rights on Monday published its findings on Bahrain, Belarus, Czech Republic, the Democratic Republic of the Congo,... Read More

Today, the UNESCO Director-General Audrey Azoulay sent a message of congratulations to the Founder of Peace and National Unity — Leader of the Nation, President of the Republic of... Read More

WASHINGTON — RFE/RL President Jamie Fly has criticized the government of Tajikistan for obstructing the efforts of the broadcasters’ journalists to cover the coronavirus pandemic in the Central Asian... Read More