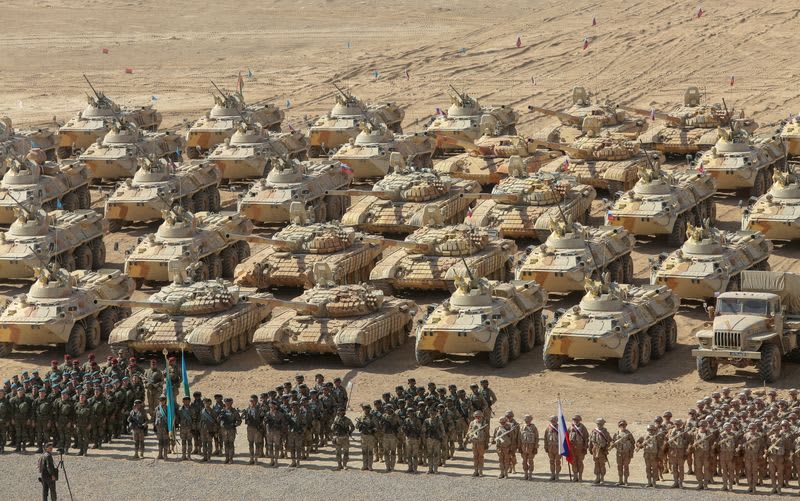 Published by Reuters MOSCOW (Reuters) – Russia said on Monday it was reinforcing its military base in Tajikistan with 30 new tanks and that its forces at the facility had carried out exercises with missile defence systems, highlighting Moscow’s concern about turmoil in Afghanistan. The possibility of Islamist militants in Afghanistan infiltrating Tajikistan and other Read More

NEW DELHI — Russian President Vladimir Putin and Indian Prime Minister Narendra Modi reaffirmed their ties at a New Delhi summit that aimed to reboot a relationship that has stagnated in recent years as India moves closer to the United States and Russi... Read More